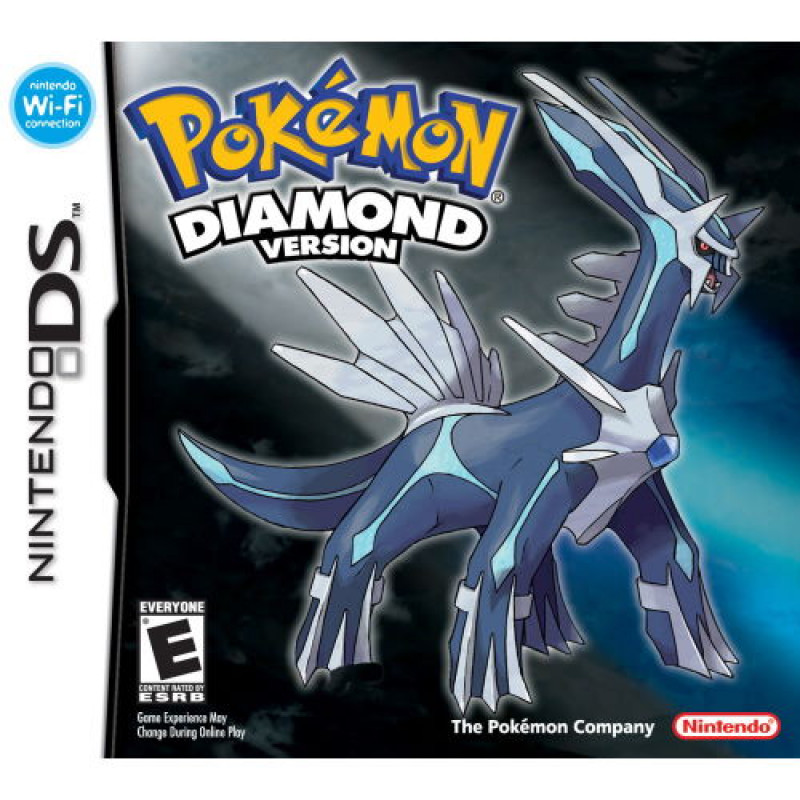 This Nintendo DS Pokemon Diamond story is about the Sinnoh region. Two Pokemon represent the region. They are mentioned in old folklore and myths of the Sinnoh region. One of them is Dialga. She is believed to be able to control Tim, one of the most powerful Pokemon. Palkia, the other name for Palkia is believed to be able to distort space. Team Galaxy, a sinister organization trying to control the region using these two Pokemon's ultimate power, is trying to do so. These two Pokemon and Team Galaxy will be part of your epic adventure to complete your Pokedex, becoming the Champion. They will also lead you on an amazing journey through the Sinnoh region in one of the most exciting Pokemon games.

Compatible with original DS, Nintendo DS Lite and 2DS. Other accessories may not be compatible.